IS DEATH AND THE AGING BODY PREVENTABLE? 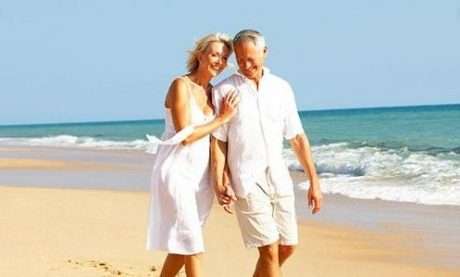 Richard Feynman – Nobel Prize winning physicist – writes: “There is nothing in biology yet found that indicates the inevitability of death.”

It’s a New Year and a New Decade so we, at Jason Ferine Physical Therapy, are taking a moment to research some interesting facts about overall health, healing  and how we can take charge of our bodies and health with a more positive outcome.   With this in mind we found some interesting and controversial points of view on aging, death and the link to diet by Dr. David Andrew Sinclair an Australian biologist and professor of genetics at Harvard,  best known for his advocacy for resveratrol as an anti-aging dietary supplement and potential medication.

What science is saying about old age and death
Dr. David Sinclair,  in his book Lifespan – Why We Age — and Why We Don’t Have To, writes, “The genetic blueprint to be young is always there, even when we are old.”

Although there are many scientists who are very skeptical of Sinclair’s work at Harvard, this article written by Catherine Elton makes for fascinating reading:

Why we age
Scientists have their theories as to why we age, why the hair turns gray, the skin wrinkles, joints ache and people get sick. To name a few causes:

It appears that the way we can survive this constant onslaught to the trillions of daily DNA breaks is through our capacity to repair our DNA through activating our sirtuins and inhibiting mTor.

Seven actions that nurture our sirtuins and inhibit mTor
Six out of these seven actions are well-known for their health benefits. However, having the science behind why they are good for us is convincing to the mind.

3.    NAD LEVELS – (NAD is derived from Nicotinamide Riboside (NR). The levels of NAD in our body determine the speed of the aging process.)

These studies by various scientists over the years make for very interesting reading but one thing is clear, food and exercise still plays a vital role in the aging process and these choices are simple ones we can work on to improve our overall health.   Living a more simple life, lots of exercise, eating organic fruit and vegetables and healthy oils such as olive oil,  plus limiting the quantity of food, exposure to the natural cycle of heat and cold.   In other words getting out in nature more will all help to improve your overall health.

Jason Ferine Physical Therapy is wishing you all quicker recovery and better overall health in 2020.